Commit to the enhancement of community health and safety with a primary focus on substance abuse and suicide prevention for Campbell County youth, families, and adults.

To be Campbell County’s resource for substance abuse and suicide prevention in support of a safe and healthy community.

WAYS TO GET INVOLVED

The Campbell County Prevention Council (CCPC) is a coalition of individuals and organizations coming together from all sectors of the community to work together toward a common goal: enhancing community safety and health with a primary focus on substance abuse and suicide prevention for Campbell County youth, families, and adults.

The CCPC is always seeking volunteers who wish to make a difference in our community. No experience is necessary. 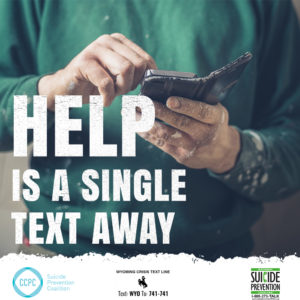 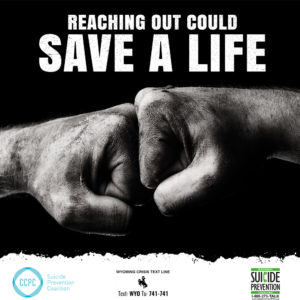 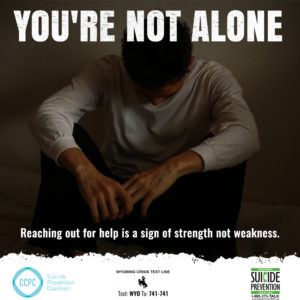 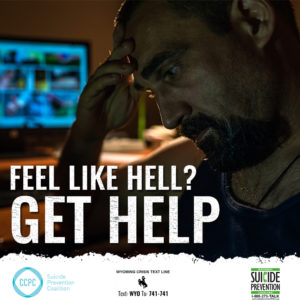 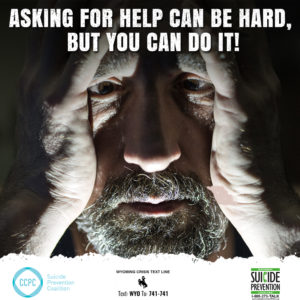 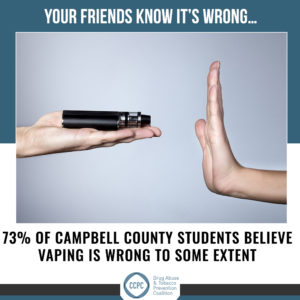 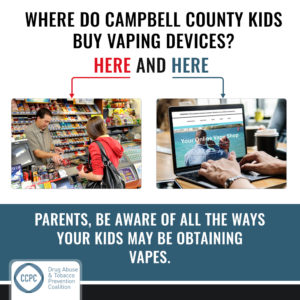 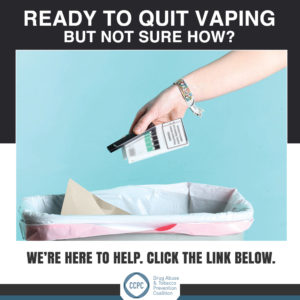 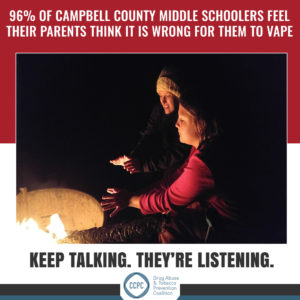 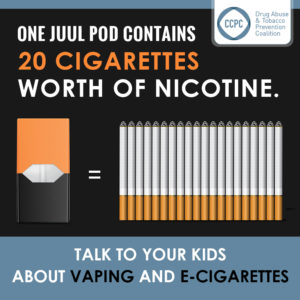 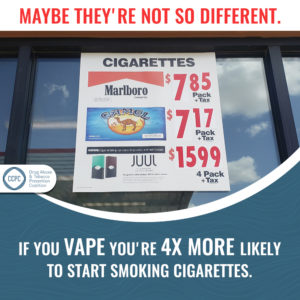 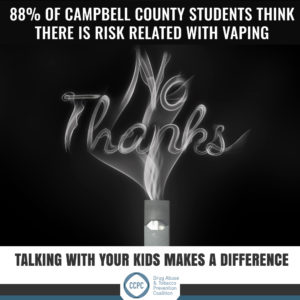 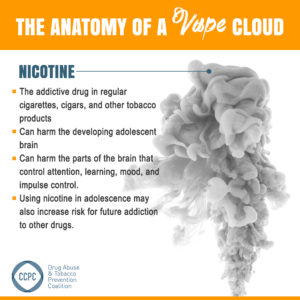 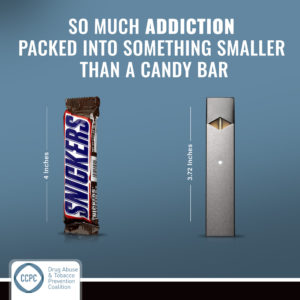 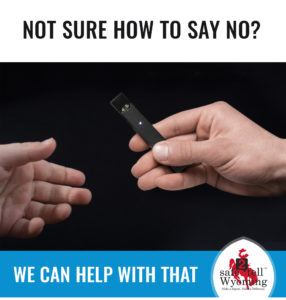 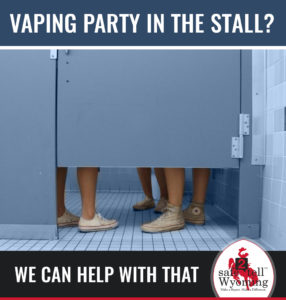 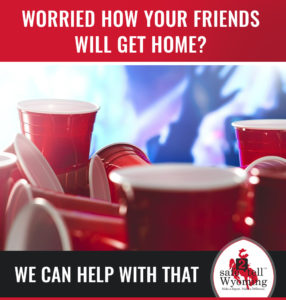 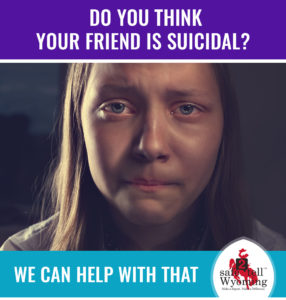 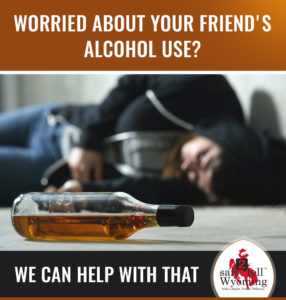 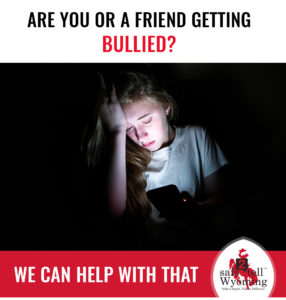 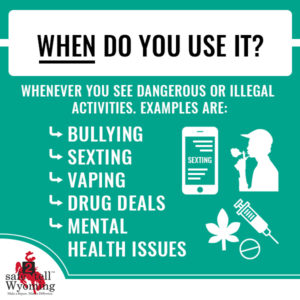 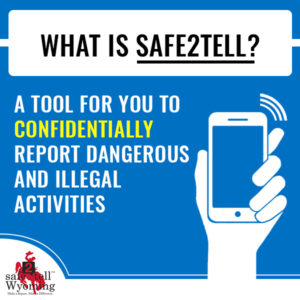 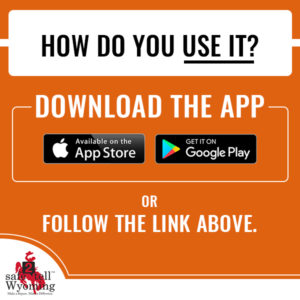 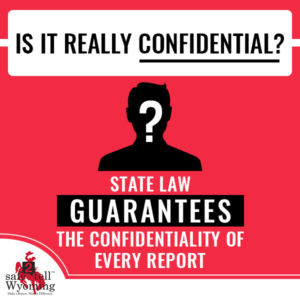 With current events in Campbell County, the Campbell County Suicide Prevention Coalition would like to provide some clarification about suicide, and suicide statistics.

Suicide is a multifaceted complex outcome that arises from numerous biopsychosocial factors. Suicide is a public health concern which is growing in numbers nation wide despite valiant prevention efforts. Unfortunately, there is still a lot of stigma surrounding suicide that needs to be addressed, especially within our community.
In 2020, nearly 1.53 million people died by suicide globally. 181 Wyoming residents died by suicide (Wyoming Departmentof Health, 2021). 13 Campbell County community members died by suicide.
Suicide is complex, there is not one sole reason people to suicide. There are signs to look for, situations that increase suicidality, and groups of people who are higher at risk. Its important to note that just because there are signs and a person is at higher risk does not mean a person will die by suicide.
Signs of suicide include but are not limited to:
• Talking about wanting to die or to kill oneself;
• Looking for a way to kill oneself;
• Talking about feeling hopeless or having no purpose;
• Talking about feeling trapped or being in unbearable pain;
• Talking about being a burden to others;
• Increasing the use of alcohol or drugs;
• Acting anxious, agitated, or reckless;
• Sleeping too little or too much;
• Withdrawing or feeling isolated;
• Showing rage or talking about seeking revenge; and
• Displaying extreme mood swings.
Situations that increase suicidality include but are not limited to:
• Loss of an important relationship
• Suicide of a close friend or family member
• Loss of a job or promotion
• Prior suicide attempts
• Social isolation (Immediate effects of social isolation related to the pandemic have already been observed, with surges in mental health concerns, substance abuse, and domestic violence.)
• Domestic Violence
• Chronic Disease
• Incarceration
Groups of people who are at higher risk include but are not limited to:
• Middle aged adults especially men (middle aged adults have the highest rate of suicide compared to other groups. Eighty percent of all deaths by suicide in the U.S. are among men and women age 45-54. Men ages 85 and older have the highest rate of any group in the country. SAMSHA, 2021)
• Survivors of suicide loss
• Survivors of suicide attempts
• Individuals with mental health conditions
• Veterans or members of the armed forces
• Members of the LGBTQ community
• Individuals in the criminal justice system
To reiterate, Individuals who fall into any of these categories are at higher risk, but that does not mean they will go on to suicide or attempt suicide.

Campbell County Suicide Prevention Coalition can help answer questions you have about suicide.
If you are interested in learning more or making our community a suicide safer community, FREE trainings are available. These trainings include but are not limited to: QPR (Question, Pursuade, Refer), ASIST (Applied Suicide Intervention Skills Training),  and YMHFA (Youth Mental Health First Aid). Feel free to message us with any further questions, comments, or concerns. Or contact Ashley McRae, Community Prevention Specialist directly.

If you are struggling and need mental health assistance, we encourage you to seek help from a close friend or family member, mental health provider, counselor, therapist etc. If you find yourself needing immediate assistance please call 911 or call the 24 hour crisis line 1-800-273-TALK or text Wyo to 741-741